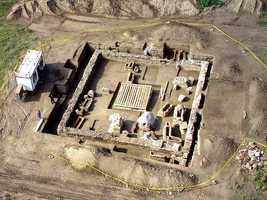 Viminacium is an archeological site near Stari Kostolac, 12 km from Pozarevac. The Roman military camp and city was founded in the first century and lasted until the beginning of the 7th century. It was one of the most important legionary camps on the Danube river and for some time the capital of the Roman province of Upper Moesia, which included most of Serbia, northern Macedonia and part of northwestern Bulgaria. It is estimated that the city had a population of 48,000, which, in line with today's size, would equal the size and population of New York.
Show more