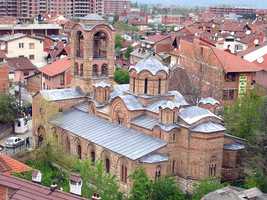 Prizren is located on the slopes of Shar Mountain, near the border with Albania and Macedonia. It is famous for its large number of historic churches and old mosques. Known in ancient times as the city of Theranda, the city had developed between the sixth and ninth centuries (the town was fortified on a hill, with a suburb and a smaller settlement around the basilica on whose remains the Church of Our Lady of Ljevish was later erected). The old fortified town on the hill named Kaljaja was left from the Old Turkish period. At the time of Byzantium, Prizren was a more significant regional headquarters and at that time the fortifications Drvengrad and Visegrad, known as Prizren's Upper Town, were built there. It was the seat of the Byzantine diocese. After the Second World War, there was comprehensive development of Prizren. Economy, education, culture, health, roads are developing, and this is accompanied by a large increase in population, mainly by Albanians from other regions.
Show more